Welcome to the August issue of LitNuts Deals...twelve highly rated indie books priced $1 or less PLUS the LitNuts Deals Giveaway. Enter for a chance to win a Kindle Paperwhite with three months of Kindle Unlimited OR a $150 Amazon gift card!

Body in the Books by Heather Huffman
Mystery
4.5 stars, 1875 ratings 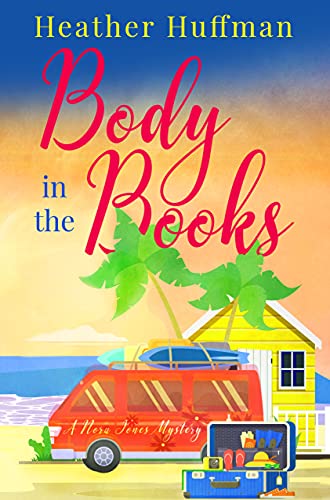 Sometimes, owning a bookstore can be murder. When Nora Jones inherits a dusty old bookshop from her estranged uncle, she moves to St. Augustine to tie up loose ends and maybe learn a bit about the man she never knew. Only what first appeared to be a heart attack turns out to be murder, and there’s no shortage of suspects. The detective assigned to the case might be handsome and charming, but Nora’s convinced he’s chasing down the wrong lead. With her newly-inherited Greyhound named Margo and a quirky band of friends in tow, Nora decides to track down the killer herself. She finds herself in a race to solve the murder before she becomes the next body in the books.
$0.99 SHOP NOW 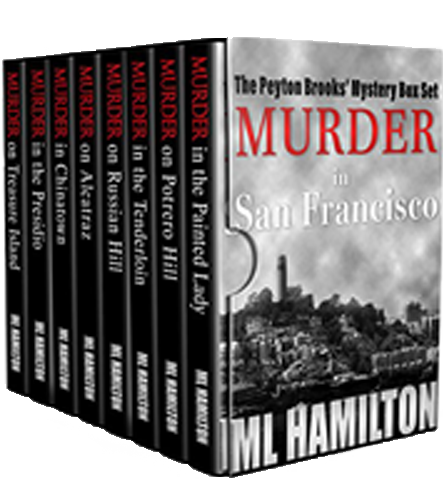 The Peyton Brooks’ Mystery series follows the career of San Francisco Homicide Detective Peyton Brooks and her partner Marco D’Angelo as they fight crime in the City by the Bay. Get all eight of the popular Peyton Brooks’ Mysteries in a single box set, including the prequel. That's more than 1,000 pages of action and adventure from San Francisco’s top detective. "M.L. Hamilton does a masterful job of developing the main protagonists in this series and the repartee between characters is refreshingly delightful." ~Amazon review
$0.99 SHOP NOW 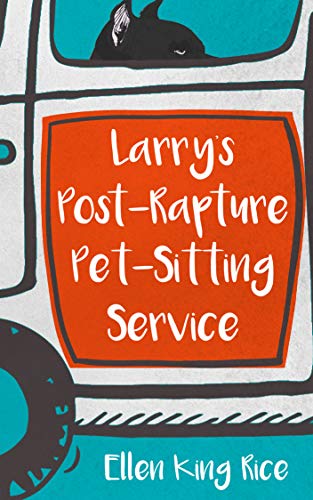 A rollicking tale of imperfect people surviving in uncertain times. Larry is a lazy guy with impulse control issues, highly flexible morals, and a dodgy past. He's stuck with his mother, who is in dire need of beer and pretzels; a history-mad teenager in search of a job; and cats. Lots of cats. Those in power are not looking after Larry. And now the Rapture is here. “A large and colorful cast of characters fills the novel, and their experiences and coping mechanisms in the rapture-altered world give the story a welcome variety of perspectives.” ~Kirkus Reviews
$0.99 SHOP NOW 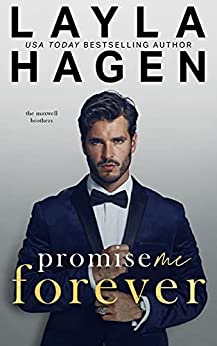 As a divorced single father, I live by three rules: 1) Make sure every day my daughter, Paisley, knows she's number one in my life. No. Matter. What. 2) Keep contact with my cheating ex-wife to a minimum. 3) Turn Maxwell Wineries into a legacy that keeps Paisley set for life. When I hire Lexi to look after my daughter, I realize I need another rule: Don't pursue Paisley's nanny. But even if I had that rule it wouldn't matter. Because I'm breaking it already. "If you are looking for a single dad / nanny swoony, steamy romance, then look no further!" ~@JodiReadsWrites
$0.99 SHOP NOW 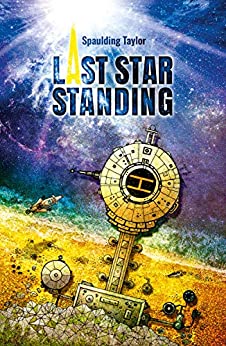 "A thoroughly entertaining adventure with imaginative action and an appealing hero." ~Kirkus starred review. It's 2094. Aiden, a rebel, is imprisoned by the world’s galactic overlords and awaits execution. Then a mole working for the occupying regime alerts him to a plot that could destroy the entire resistance... Recognized by the Independent Press Awards, International Book Awards, Eric Hoffer Award, Chanticleer's Cygnus Award, and the Wishing Shelf Book Awards. "Refreshingly unpredictable" ~Independent Review of Books.
$0.99 SHOP NOW 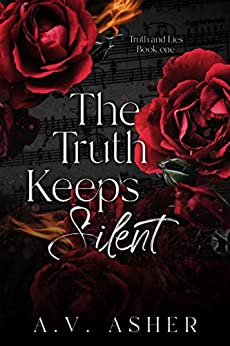 Mercedes is running for her life and must turn to a man from her past to keep her safe. But being near Alec ignites a flame she thought had burned out long ago. Will they discover the truth, or will let the past ruin them forever? This twisty romantic suspense novel kicks off the first in a duet as well as a series. "Steamy, heart-wrenching and beautifully written." ~Goodreads reviewer. The second in the duet, The Lies That Shatter, is available now from all retailers. Note: This book comes with content warnings about domestic violence, coerced submission, gaslighting, sexual assault, and violence.
$0.99 SHOP NOW 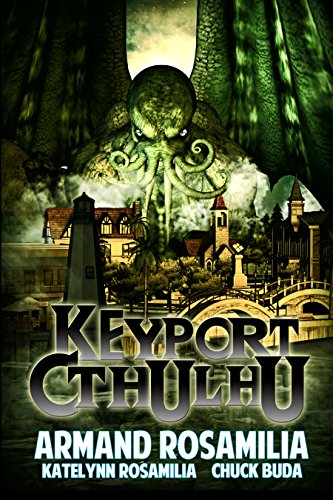 "Keyport Cthulhu is an homage, not only to H.P. Lovecraft, but to the small fishing village of Keyport, New Jersey. I appreciate the painstaking work Armand Rosamilia crafted into this piece of art." ~Chuck Buda, author of The Debt Collector Series. Set in the New Jersey fishing village of Keyport, where the Esoteric Order of Dagon has been planning for the awakening of the Deep One all these years…who can survive when Cthulhu rises? Includes several bonus short stories.
$0.99 SHOP NOW 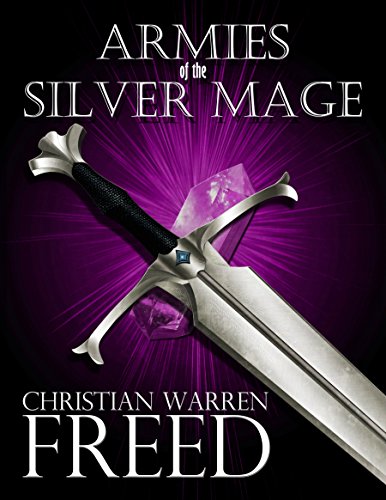 Evil stirs as an ancient enemy returns to claim the world. Filled with battles of men, elves, dwarves, and goblins on an epic scale, Armies of the Silver Mage is an epic fantasy quest in the tradition of The Lord of the Rings and The Sword of Shannara. The first of nine books set in the mythical world of Malweir, it is a story of hope, desperate plots, and what it truly means to grow up in a world gone mad.
$0.99 SHOP NOW

The Flight of the Ravenhawk by J. Edward Hackett
Fantasy
4.8 stars on Goodreads 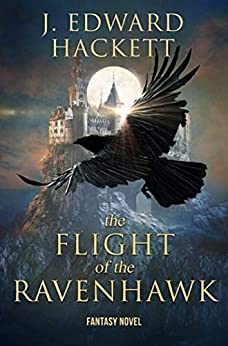 A second-born prince. A banished elven princess. And a power-hungry Necromancer. Kalero Tremayne is the second-born Prince of the Allurian Empire, a talented wizard and scholar. After distributing his writings on forbidden magick through Alluria, Kal is brought before the tribunal to face his brother and his crimes of treason against the crown. He is ordered to recant his beliefs, but Kal refuses. The punishment: Death. Kal flees his brother's wrath and finds himself embroiled in the beginnings of a dark, brutal war for freedom. Note: Book II in the Ravenhawk Chronicles, The Rise of the Azure Spire, is coming this Fall!
FREE - SHOP NOW 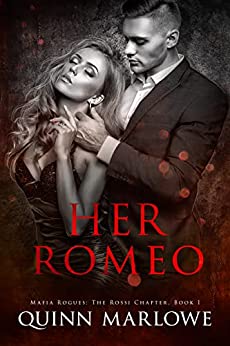 "Addictive, entertaining, steamy." ~Goodreads review. A girl who thought she knew what she was doing. A hero that might be in over his head. And a love that could tear their worlds apart. "I was expecting spice. And I got it!" ~@FedyTheReader
$0.99 SHOP NOW 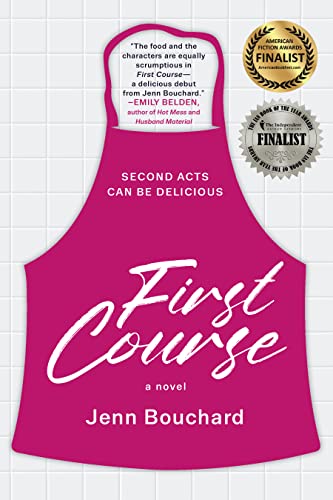 "The food and the characters are equally scrumptious in First Course; a delicious debut from Jenn Bouchard." ~Emily Belden, author of Hot Mess and Husband Material. Escape to summer in coastal Maine. Life's second acts, family dynamics, and plenty of great food await. Dig into First Course. "I loved this story of reinvention and finding love when you least expect it. With charming characters and a setting that will have you rushing to book a trip to the Maine coast, First Course is the perfect book to tuck into your beach bag this summer." ~Kristin Contino, author of A House Full of Windsor. Winner of awards and recognition from the Eric Hoffer Awards, Book Excellence Award, NYC Big Book Awards, Paris Book Festival, American Fiction Awards, and the San Francisco Book Festival.
Free (via Kindle Unlimited) SHOP NOW 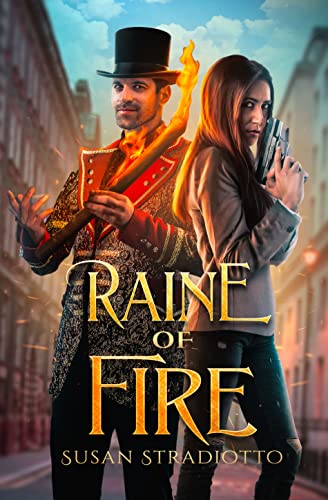 “Stradiotto melds Fae culture with a quirky detective story in a fantastic way.” ~MissBecka Gee, Goodreads review. Sparks fly when an exiled Fae prince and a straight-laced detective team up to solve a murder. The case is open and shut, a paperwork and media hassle. But when a random street performer keeps popping up to “help,” Kennedi Craine starts to wonder if maybe he’s on to something. "The TV show ‘Lucifer’ with Fae." ~Sophia, Reader review.
$0.99 SHOP NOW