Kids spring to action in the Raven Song Adventure Series, a new collection of chapter books for young readers ages 6 - 9 from Scroll & Ink Press. With the help of their amazing dog and a secret scroll, three young heroes protect the town of Four Oaks from all manner of magical and scary creatures.
BOOK ONE: THE SPELL OF SHADOWS
Print edition from $7.44
Audiobook $9.20 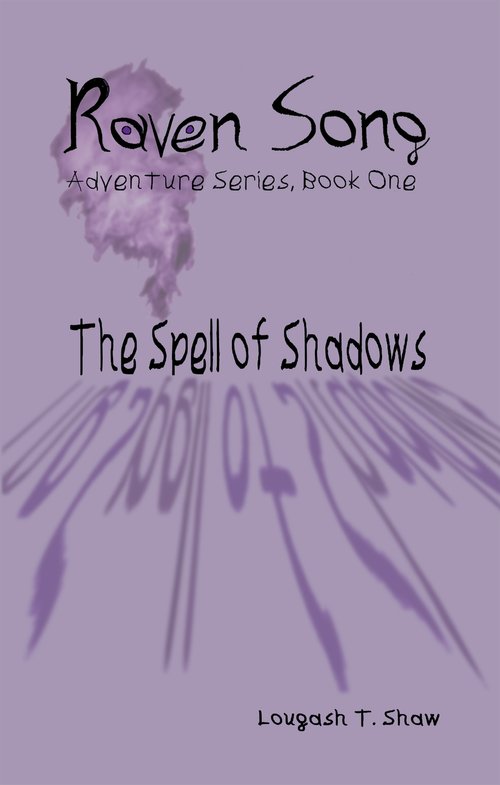 Kid Magic carries a secret in his backpack at all times. Along with his hero friends Kid Zing, Kid Spec, and their faithful dog, they use the secret to keep their town safe. Welcome to Four Oaks, where kids are heroes and adventure lurks around every corner and under every tree!

A wizard has come to town and cast an eerie spell. It’s up to the kid heroes and their dog to break the spell and save the day.
BOOK TWO: LEGEND OF THE FOUR OAKS
Print edition from $7.44 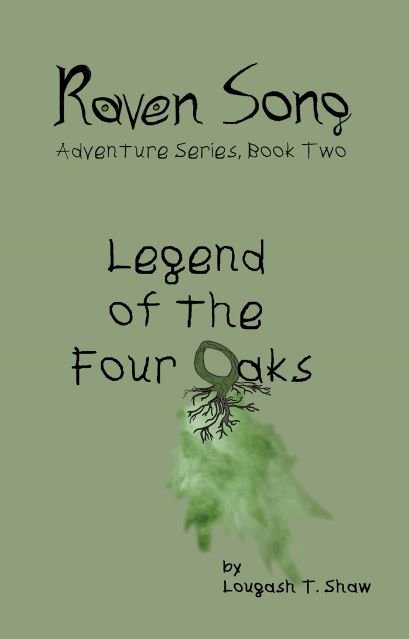 Some creepy vampires have come to Four Oaks to steal the town’s most valuable possessions. Only kid heroes can stop them.

Adventure and the town’s greatest legend await. And as usual, our heroes’ band, Raven Song, will rock out!
BOOK THREE: THE CHALICE AND THE CHAIN
Print edition from $7.44 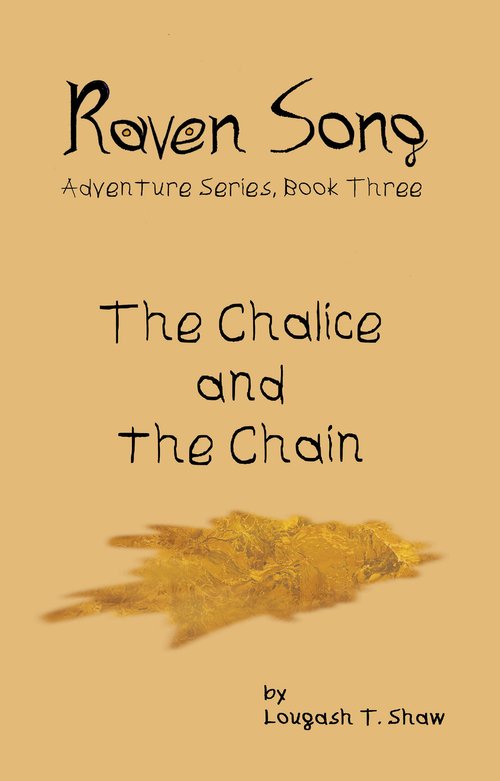 In the third title of the series, mysterious creatures have brought secrets, tales, and adventure to Four Oaks. One carries objects of great power. It’s a good thing the kid heroes and their dog are around!

The story allows young readers to locate themselves in settings where intelligence and creativity flourish. The book begins with a call to action to imagine and ends with a call to action to create.
About the Author
Lougash T. Shaw is the pen name for author and series creator Russell Carmony. The Raven Song Adventure Series began as bedtime stories that he told to his six-year-old nephew, who wanted to hear tales with action, suspense, and a few scares. The stories had to be long, so they could stay up later on the weekends when the parents weren't around. The tales made their way into written form, and The Raven Song Adventure Series was born. Twelve books in total are planned for the series.
Share Share on Facebook Tweet Tweet on Twitter