Today, LitNuts is announcing a new giveaway and shining a spotlight on two young adult fantasy novels from author A.J. Park—including War's Ending and The Ring Keeper, a new title being released TODAY!

Giveaway: Be sure to enter A.J.'s Young Adult Fantasy Giveaway for a chance to win books signed by A.J. and a $25 coffee shop gift card. Enter by December 20.

From $3.99 (included with Kindle Unlimited) 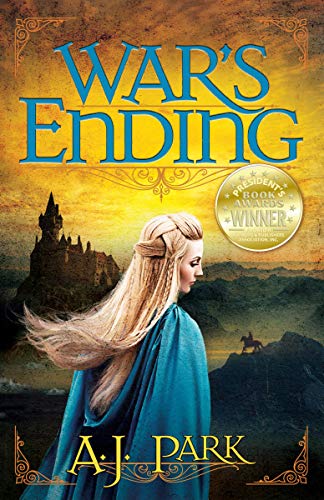 A courageous noblewoman. A mysterious stranger. A war that may destroy them both…

As the king’s niece, Shalyrie can’t wait to explore her kingdom’s colonies with her uncle. But when she’s badly injured in a savage raid and abducted by mysterious masked horsemen, she’s stunned when her captors heal her wounds. As she adjusts her preconceptions, a terrifying attempt on her life reveals that her own people are trying to kill her.

Kalleck expects to die fighting a hopeless war like his father before him. While he helps Shalyrie piece together clues behind the assassination attempt, her very presence escalates tension between the kingdom and the colony. With time running out, Kalleck knows he must act quickly to prevent innocent bloodshed, yet Shalyrie might be the only one who can end the war.

Can two enemies join forces to put an end to a devastating war?

"A well-written novel that will delight fans of fantasy, with a powerful plot, an exciting setting, and memorable characters." ~Readers' Favorite Five-Star Review 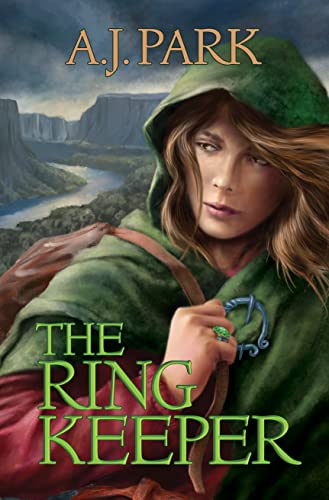 Caught between twin brothers, one courting demons and sorcery, the other the ruler of an empire protected by magic, Ana bears a ring of unknown powers, her legacy from a mother she never knew.

Discovering the ring’s ability makes her both a valuable member of the emperor’s court and a target for abduction by his jealous brother. Soon Ana finds herself betrayed and kidnapped, ultimately held at the mercy of the emperor’s twin and his dark secrets.

The ring exposes a web of love, hatred and unimaginable betrayal. Though its power drains her life force, the fate of the empire depends on her ability to unlock the ring’s secrets. She must find the will and strength to use it, for its magic can save the lives of everyone Ana has come to love. Or it can destroy them completely… 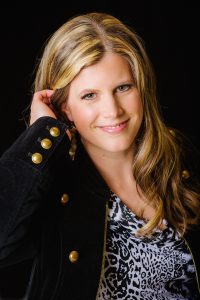 In addition to her work as a novelist, A.J. Park works for Connection Publishing, a print magazine company that partners with city governments to bring hyper-local content to their residents. She has written on a wide variety of subjects that have been enjoyed by countless magazine readers. She loves getting to know new people and is constantly involved in her community, giving her time and talents to serve with local nonprofit organizations.

Unsurprisingly, she spends her spare moments writing or reading. Learning is something she craves, and she is constantly studying ways to improve her storytelling skills. She is never bored and continually adds to a long list of exciting new projects to work on.

A committed outdoor enthusiast, A.J. enjoys the mountains of Northern Utah as often as possible, no matter what the season. She loves hiking, snowshoeing, skiing, backpacking and spending time with her amazing husband, family and friends.