Today, LitNuts is shining a spotlight on Jeanette Baker, the award-winning author of 20 paranormal, historical and contemporary novels, most of them set in the lush countryside of Southwest Ireland where she lives with her husband and writes during the "Seasons of Silence," the autumn and winter months.

LitNuts is also launching a new giveaway: Enter for a chance to win a signed copy of Birthright by Jeanette Baker and a $25 coffee shop gift card. 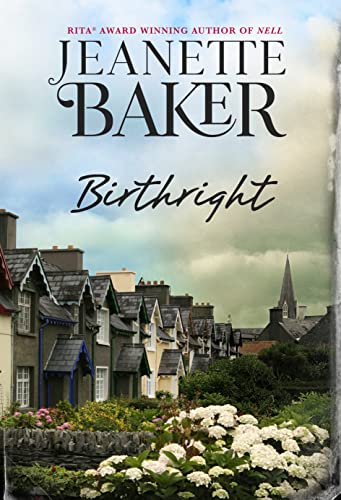 To protect her secrets, a woman refuses to acknowledge the child she left behind 50 years ago and a half a world away. Claire travels halfway across the globe from Southern California to Ireland to find the reasons Norah, her biological mother, gave her up. Norah is equally determined to avoid revisiting the painful time in her life and the devastating decision she was forced to make. Even with a loving husband and family, she still carries the shame of her mistakes. Claire's presence 50 years later is the engine for the confrontations to come. Neighbors Norah had known forever recognized Claire's resemblance to a sister she never knew she had. Norah must face the man who fathered her two daughters, and decide to either hold the secrets that embittered her or release them for the shame that will surely mark her. An emotional story that delves into the true meaning of family, sisterhood and secrets. From $4.99 (SPECIAL PRE-ORDER PRICE!) - SHOP NOW / Mickey Enright isn’t ready to be dead. He is an icon in Tralee, a “typical Kerryman,” a life-of-the-party jokester, a decent provider who took for granted the faithfulness of his wife and the love of his children. Mickey demands another chance at mortality, so St. Peter sends Mickey back to Tralee…as a stranger. Meanwhile, Hannie has learned a thing or two about her late husband, enough to convince her that life after marriage might be more satisfying than it was during. Mickey finds himself attempting to court his wife and learns a thing or two about Hannie and even more about himself. "Great, cozy read." -Catherine G., Amazon Review 4.5 stars, 42 ratings on Amazon. From $0.99 SHOP NOW / 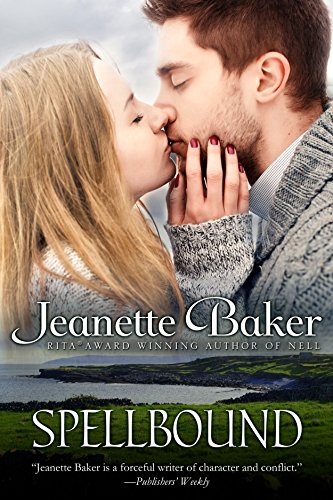 Life is hard for outlanders on the island of Inishmore, a lesson Mollie Tierney’s mother learned long ago. After eleven years, Emma Tierney took her infant daughter and headed home to America, leaving her resigned husband and defiant son behind. Nearly three decades later, eager to know her Irish kin, Mollie accepts a temporary teaching position on the island. Before she can even pack her bags word comes that her brother and his wife, Kerry, have died, leaving Emma custody of their young children. Heartbroken, Mollie vows to help care for her nieces and nephew until Emma can send for them. But Mollie has reckoned without her feelings for Sean O’Malley, Kerry’s grief-stricken twin. Determined to keep the children, he sees Mollie as the enemy even as he yearns to hold her close. It’s up to Mollie to teach him to trust his heart—and her own. FROM $0.99 - SHOP NOW / 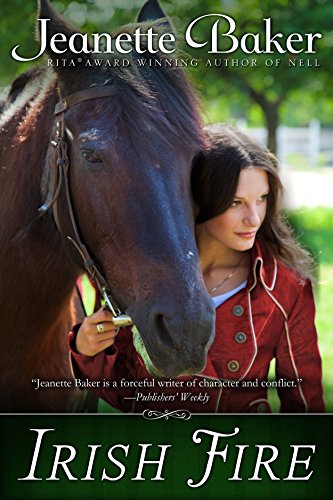 Fourteen years ago, Caitlin Kenneally scandalized the village of Kilcullen and broke her widowed mother’s heart by running off to America. But now that she has married into one of the wealthiest horse breeding families in Kentucky, with two beautiful children and a handsome husband, all is forgiven when she comes home to visit. Caitlin’s true reason for returning to Ireland may be the biggest scandal yet. She’s divorcing her adulterous husband, Sam Claiborne, and taking the only things in the world that matter to her: little Ben and Annie, and a mare named Kentucky Gold. That mare happens to be carrying the last foal of Narragansett, a Triple Crown champion stallion whose offspring sell for millions. With this horse, Caitlin would have everything she needs to break free of the Claibornes forever. But Sam wants the children—and the million dollar horse. He intends to get what he wants, by force if necessary and with or without the law on his side. Suddenly in danger, Caitlin finds that she has not only more allies than she had ever known in the town she once scorned—but possibly, a second chance at love. From $0.99 SHOP NOW /