Today, LitNuts is shining a spotlight on The Black Phantom Chronicles, an award-winning YA Fantasy series from author Esther Wallace. This series is perfect for fans of J.R.R. Tolkien, C.S. Lewis, Lloyd Alexander, and Rosemary Sutcliff. 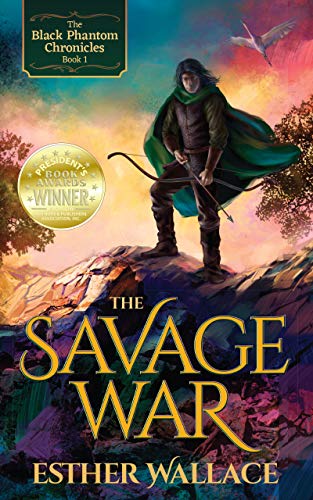 A young shepherd boy sets out to find his calling and stumbles upon a land at war. Arnacin of Enchantress Island must wrestle with the purpose of honor and the conflict that ensues when it’s called into question.

Valoretta, princess of Mira, has been chosen to be her father’s successor, but at what cost? Her country is in conflict, conspiracies abound, and the native population has risen against her father, King Miro, and their people.

Everything changes when Arnacin and Valoretta join forces to secure the future of Mira. But will Arnacin’s honor be the greatest victim of The Savage War? And will the Black Phantom be Mira’s doom or salvation?

The Black Phantom Chronicles Book 2
From $2.99 (Included with Kindle Unlimited) 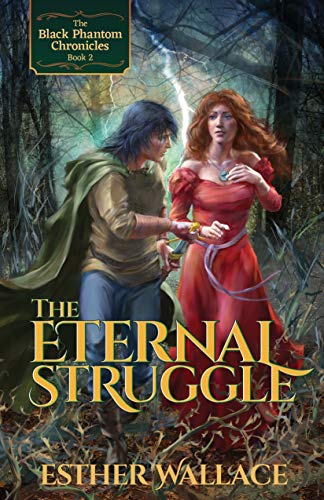 Broken in spirit after his exile from Mira, Arnacin yearns to find his way back home to Enchantress Island. Captured by pirates and then rescued by the Nomacirrians, he discovers there’s one last thing he must do before he can find peace.

As Mira falls around her, Valoretta becomes a prisoner of savages while her beloved home is destroyed and its people are scattered.

Will Arnacin and Valoretta remain victims of their circumstances or find the courage they each need to overcome the past?

The Eternal Struggle is an enthralling YA fantasy novel. If you like raiding pirates, harrowing escapes, and stories of healing and reconciliation, then you’ll love this gripping tale.

"An exciting YA fantasy novel with a riveting premise and magnetic characters. Fans of George R.R. Martin and epic pirate stories would appreciate The Eternal Struggle." ~Readers' Favorite 5-Star Review 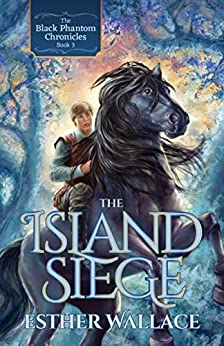 As Arnacin is making his way home to Enchantress Island, war is brewing in nearby Elcan.

No one has tried to conquer Ansky since the Sanguinea Peace Treaty. Yet Wilber, king of Evfel and regent of Ansky, plans to succeed… from the inside. Purposefully nurturing bitterness and pride in his young nephew, Prince Evan Maxwell, Wilber hopes the people will reject their prince in favor of Evfel’s rule.

After being orphaned, Evan’s only solace is in the horses of his father’s stable. He loathes the idea of assuming the throne and fears being forced into accepting his duties. Yet that changes when the wild stallion Darkfire enters his life and Evan meets the people of the magical Ice Woods, where his quest to discover his destiny begins.

What follows takes Evan and Darkfire into the heart of Enchantress Island and the secrets sleeping there. 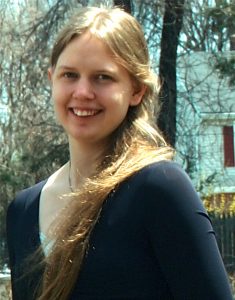 Esther Wallace is an award-winning author and freelance illustrator. She started her journey as a homeschooler, telling stories to her younger siblings.

Her favorite books and movies are the ones that challenge the reader as well as the protagonists—the tales so driven by character, those heroes and heroines stay with one through all the hardships and joys of life. Figures like Frodo Baggins, Princess Eilonwy of Llyr, Taran Wanderer, and Harry Potter leap off the page, as they should.

Her largest jolts of inspiration appear when reading, watching or reenacting history, or joking with her large family around the dinner table.